Tag Archive for: Families Belong Together 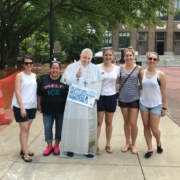 On June 30, thousands came together in various cities across the country in protest of the Administration’s “Zero-Tolerance” policy, which has led to the separation of over two-thousand immigrant children from their families at the United States-Mexico border. Members of the Ignatian family gathered at numerous events across the country, responding to Pope Francis’s consist call to compassion toward those who migrate— “to be neighbors to the smallest and most abandoned.” 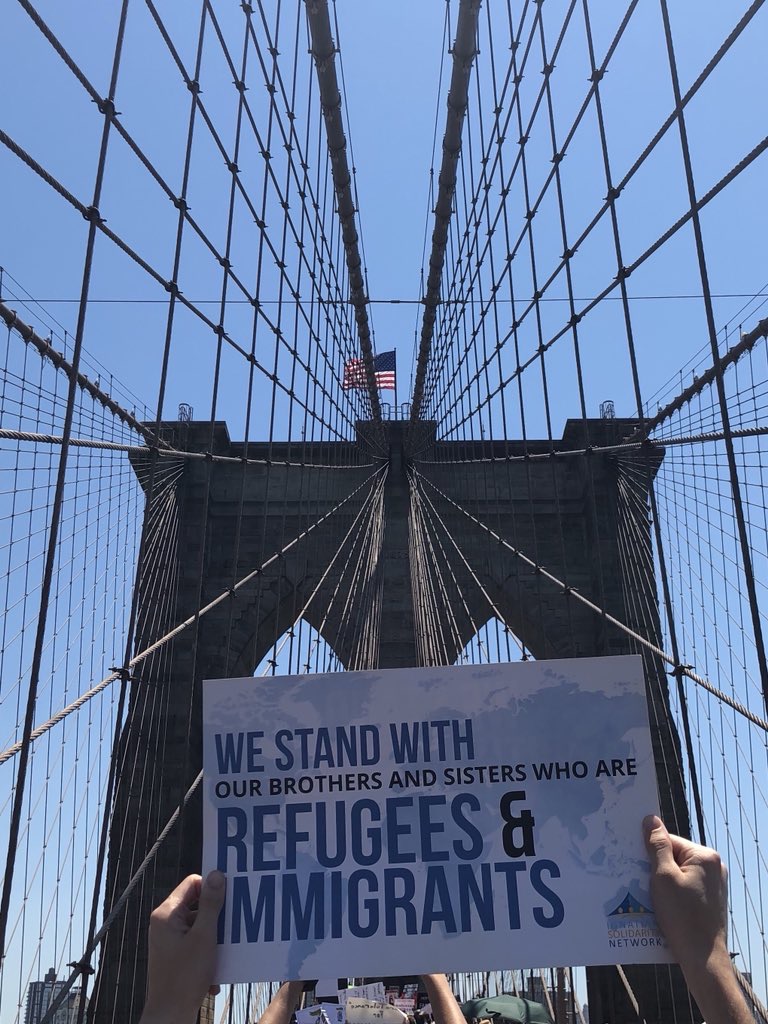 In New York City, protestors chanted, “immigrants built this bridge” as they marched across the Brooklyn Bridge. The rally included an all-woman drum band and cries of “no hate, no fear, immigrants are welcome here.” 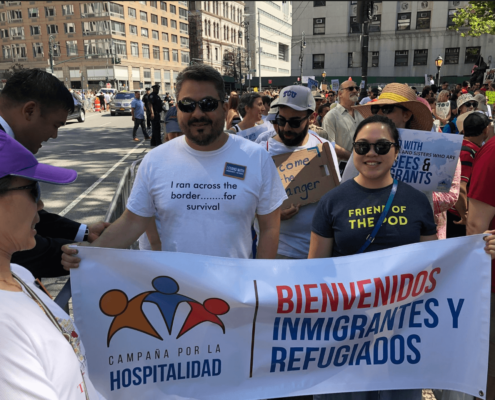 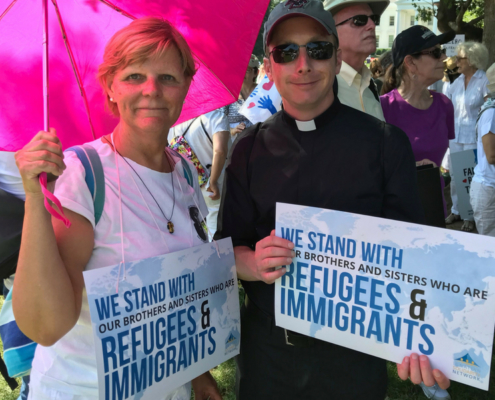 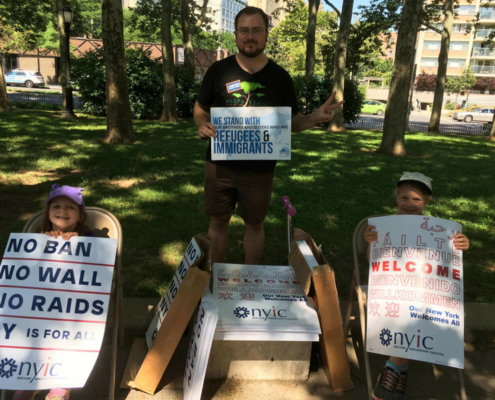 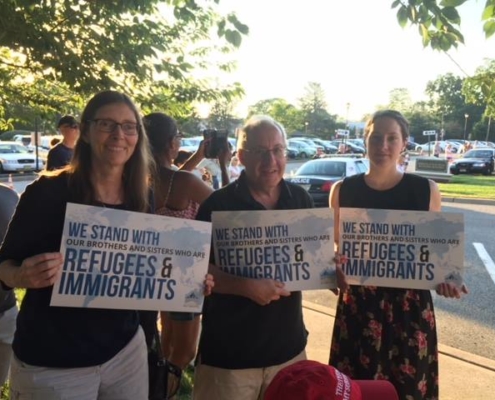 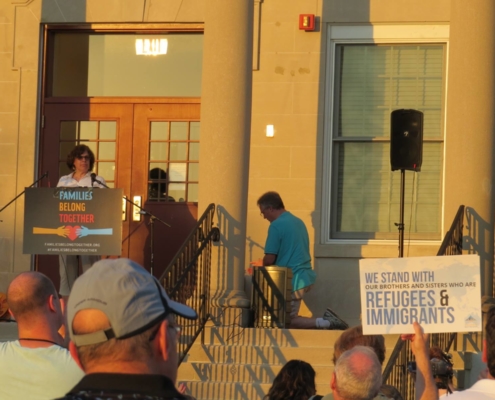 Washington, D.C.’s June 30 rally featured Lin-Manuel Miranda, award-winning musical composer, who performed Dear Theodosia, a song from his musical “Hamilton” about parents building a better world for their children. When interviewed, Miranda said, “We will not stand for a country separating children from their families. And if you are silent on that issue, or are somehow for that issue you’re not getting re-elected.” Parishioners from Holy Trinity Catholic Church were in attendance at the rally. 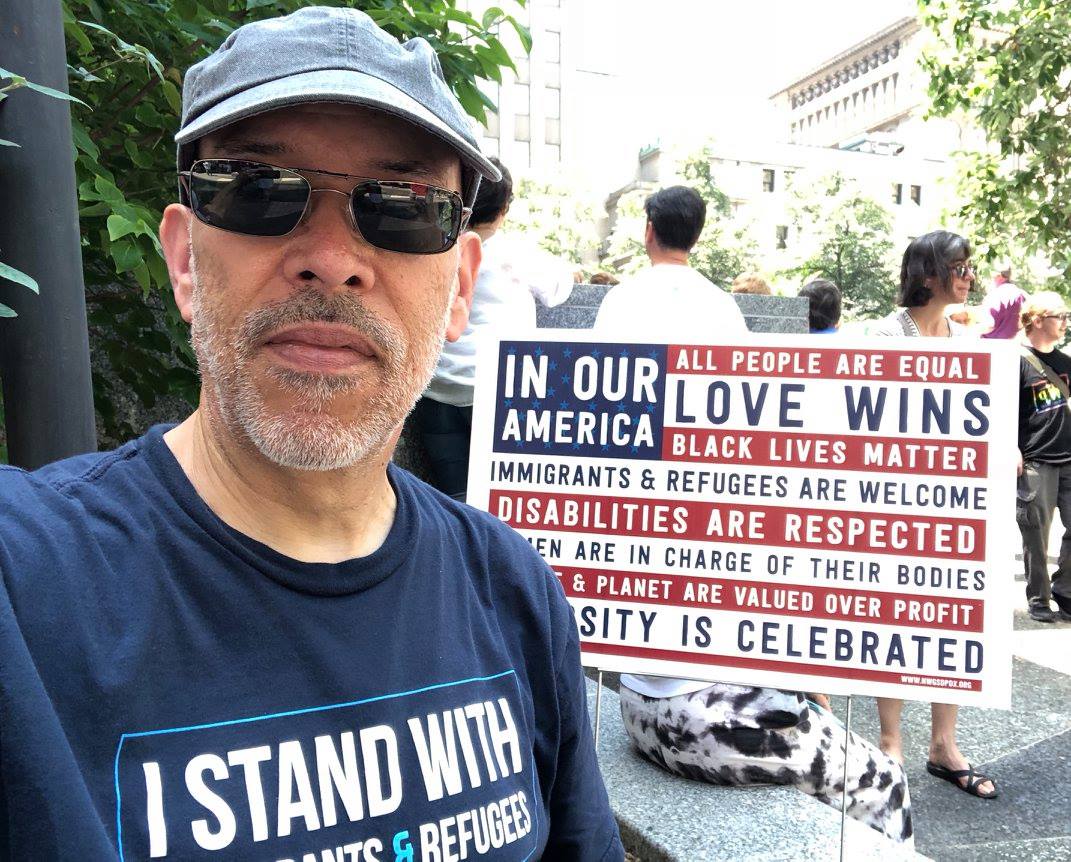 Stephanie Murray, event organizer for the Pittsburgh rally, spoke about the President’s executive order ending family separation. “It’s a band-aid that isn’t even very sticky. It’s an off-brand band-aid. It’s for show more than anything.”  Pittsburgh is a city in which some separated children are being housed. 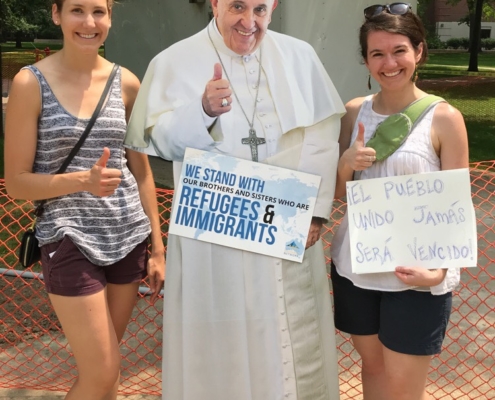 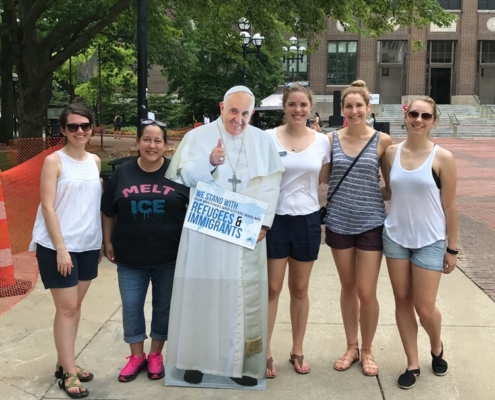 In Ann Arbor, Irene Butter, Holocaust survivor and professor emerita at the University of Michigan’s School of Public Health, spoke at the city’s protest and rally. “It was more than 70 years ago that I was separated from my family, and I have never forgotten the pain, the anxiety and the fear that was associated with this separation,” Butter said. “Now knowing that hundreds of children—hundreds of vulnerable children—are subjected to this extreme trauma is totally devastating and heartbreaking for me. We are here today because we all have a social conscience and recognize that all of us are responsible for each other. We cannot be bystanders,” she continued. Democratic U.S. Representative Debbie Dingell (MI-12) also spoke at the Ann Arbor rally, and expressed a promise to continue pressing the Administration and Congress to reunite the separated children. 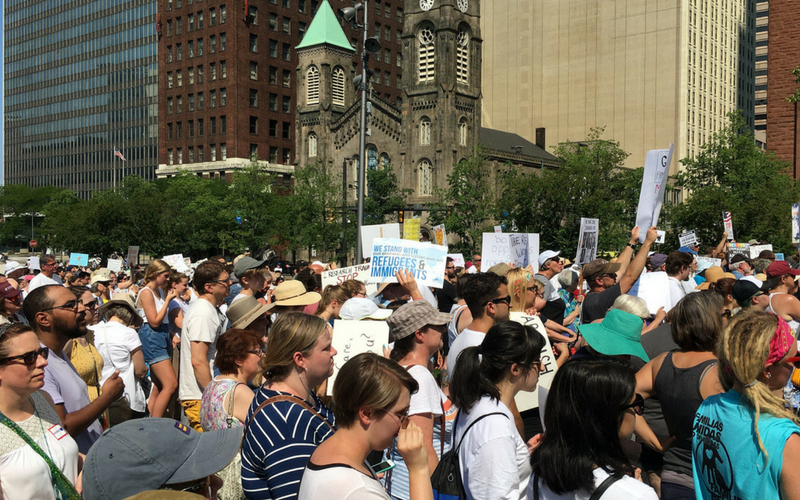 Cleveland’s rally included stories shared by undocumented immigrants and speeches by immigration attorneys and political and religious leaders. The issue of family separation recently hits close to home for Ohioans given the increasing prevalence of ICE raids in Ohio communities that have led to the separation of families. 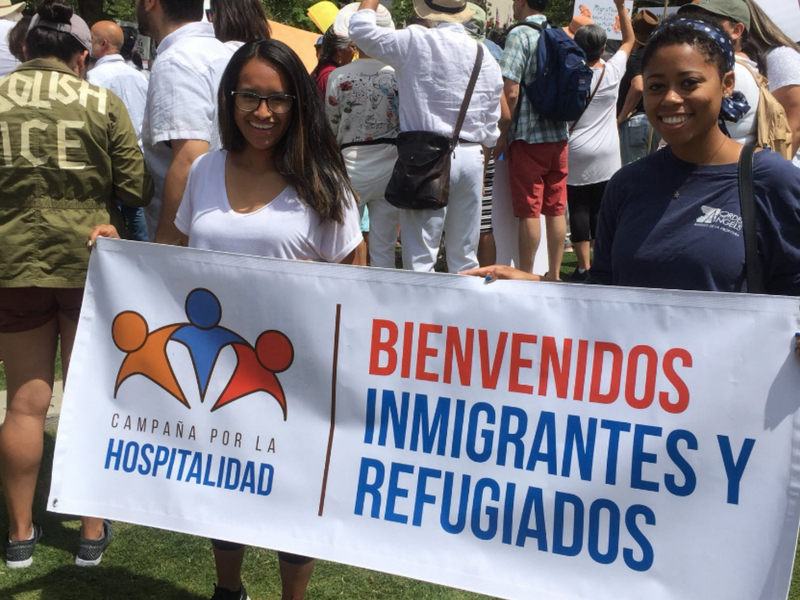 Los Angeles mayor Eric Garcetti spoke at the city’s rally, saying, “if you are pro-family, you cannot separate families,” and encouraging the Administration to care about this issue as much as his constituents do. 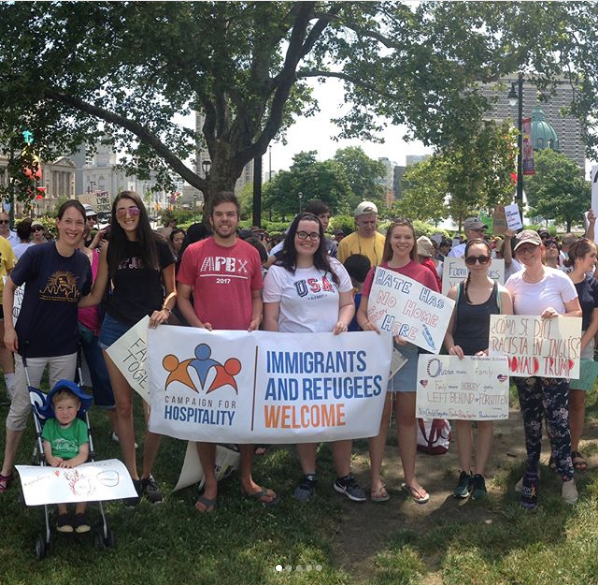 Saint Joseph’s University students and staff at the Philadelphia Families Belong Together rally. [Image via Instagram]

Many families attended the Families Belong Together rally in Philadelphia. Several noted that their dedication to this issue stems from their love for their own families and empathy for those who have been forcibly taken from theirs. Other attendees noted that they hope to catch the attention of not only the Administration by rallying, but also of their local elected officials so that they too can be held accountable for their political decisions that affect migrants. 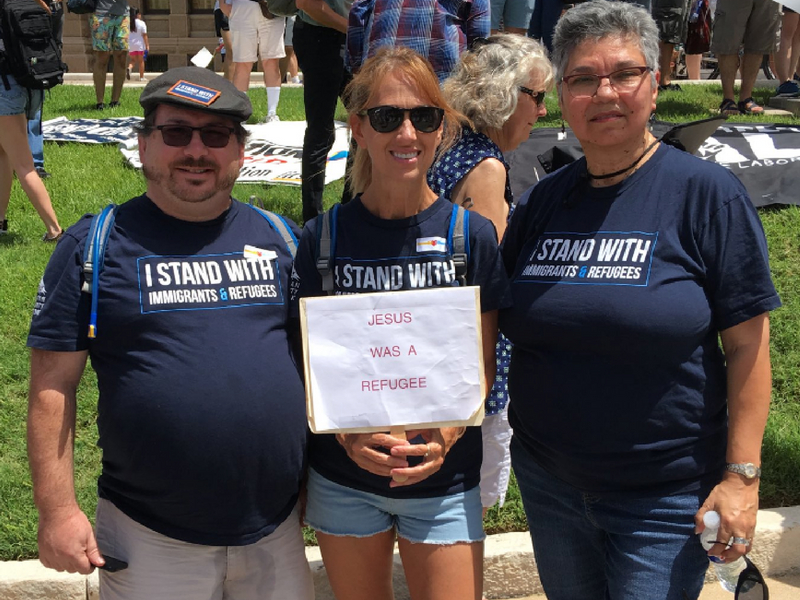 Joining many other cities in the conservative border state of Texas, Austin held a rally at the Capitol building to pressure the state’s congresspeople to respect the dignity of those seeking opportunity in their respective locales.  Leaders of local organizations shared personal stories of working with migrants and witnessing the struggles they have gone through to move to the United States, urging the government to stop engaging in brutality and human rights violations.

Editor’s Note: This is not an exhaustive list of Ignatian network-attended events.

Julia Murphy is a 2019 graduate of Saint Louis University, where she pursued majors in English and Spanish and minors in urban poverty studies and Latin American studies. Most recently, she spent eight months as a volunteer with Rostro de Cristo in Guayaquil, Ecuador, where she worked in community organizing and youth development at Hogar de Cristo, a Jesuit social housing organization. She is passionate about working for justice, which stems from her upbringing as well as from her Jesuit education at SLU and with the Casa de la Mateada program in Córdoba, Argentina through Loyola Marymount University and the Universidad Católica de Córdoba, where she studied during the spring of 2017. She is from Cleveland, Ohio, where she spent the summer of 2018 as an intern with the Ignatian Solidarity Network.