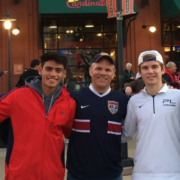 My brother Zachary was never the most athletic player on the field. In fact, for a decent portion of his childhood, he appeared as the exact opposite. Zach was the first kid to get glasses in elementary school, contracted asthma at a young age, and had allergies so extensive that, at age nine, he endured a series of painful shots once a week to combat his sensitivities to the environment. He looked like a blonde Harry Potter with a red ring around his mouth due to habitually licking his lips. Nevertheless, Zach got contacts, overcame asthma and his allergies, started using chapstick, and became a pretty talented soccer player.  But, Zach’s best friend Jhony? Jhony was always picked first for the team.

Jhony entered our lives in 2007 when he and Zach started playing soccer together. They were both in the sixth grade. As a pre-teen, Jhony was lightning fast and had foot skills that made all coaches in the league salivate. In any game, you could hear parents guffaw at his finesse. And as he grew up, he only got better. He was one of two freshmen to make the varsity soccer team at our high school. He was also a varsity track star. The cross country team wanted him to quit soccer in favor of their sport. He didn’t. His heart was with the beautiful game. 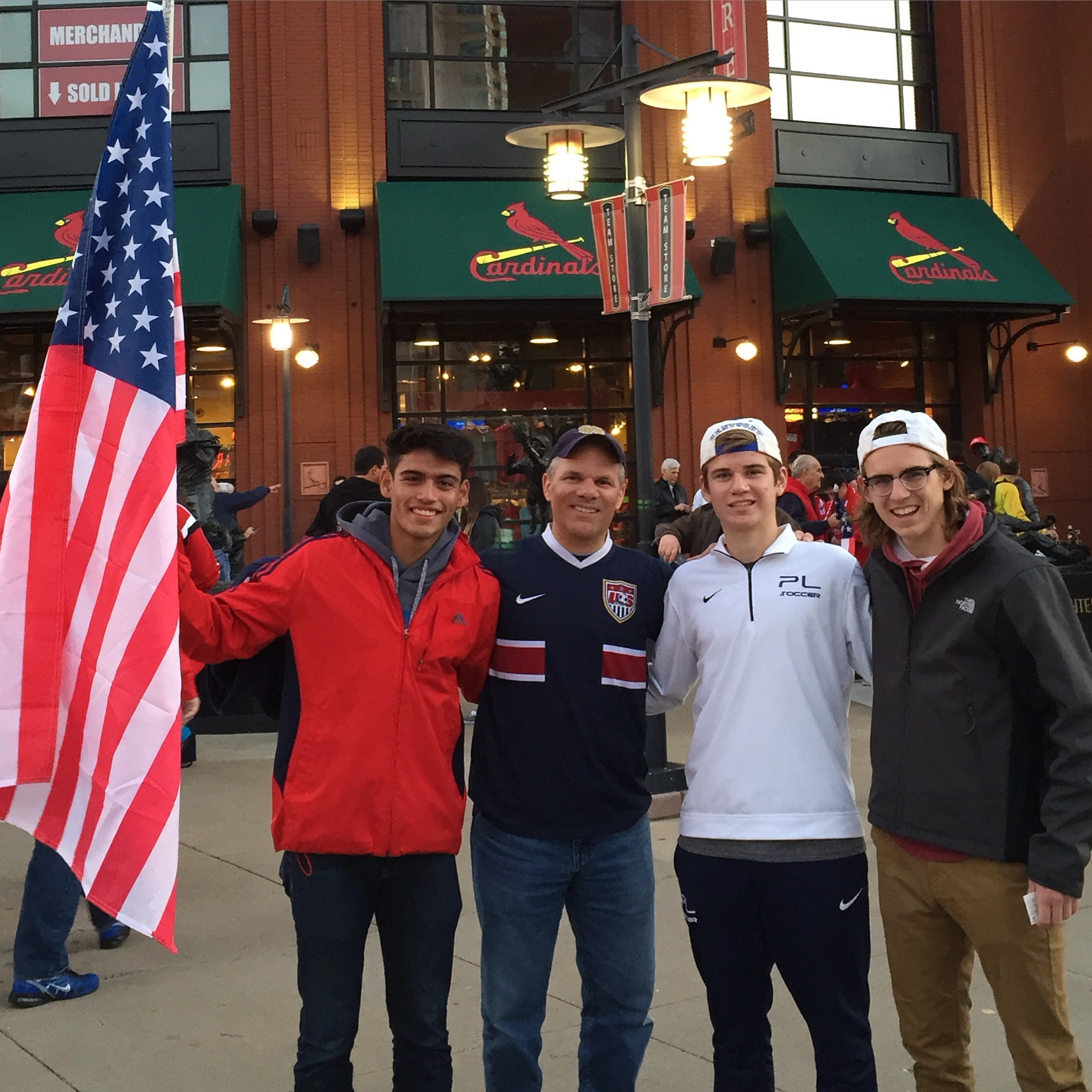 Jhony with the author’s father and brothers at a World Cup qualifier game.

Even with all of the fawning and praise, Jhony remained humble, hardworking, and unbelievably kind. He, Zach, and the rest of their club soccer team played together for years and grew to become best friends. They were known around the town, too, as a group of boys you could rely on. Together, they worked on school projects, coached younger players at camps over the summer, and went to church functions at our local parish. They ate dozens of Chipotle burritos, explored abandoned buildings they thought were haunted, and drove around our small Minnesota town in used cars. When people say “boys will be boys,” I can only hope they mean the kind of boys that comprised the group my brother and Jhony were a part of. 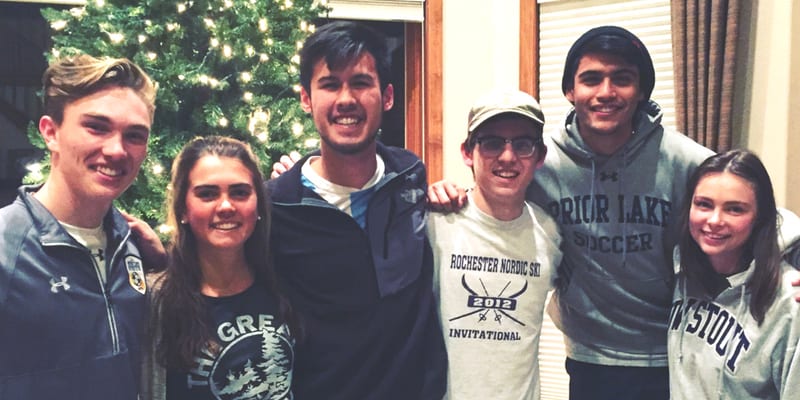 Jhony and Zach with friends.

And even after they left high school, the friends remained close. So did their families. In 2015, Jhony asked my dad to be his RCIA sponsor. Upon Jhony’s confirmation at the Easter Vigil, my parents became Jhony’s godparents, solidifying his status as not just a friend of Zach’s, but a member of our family. 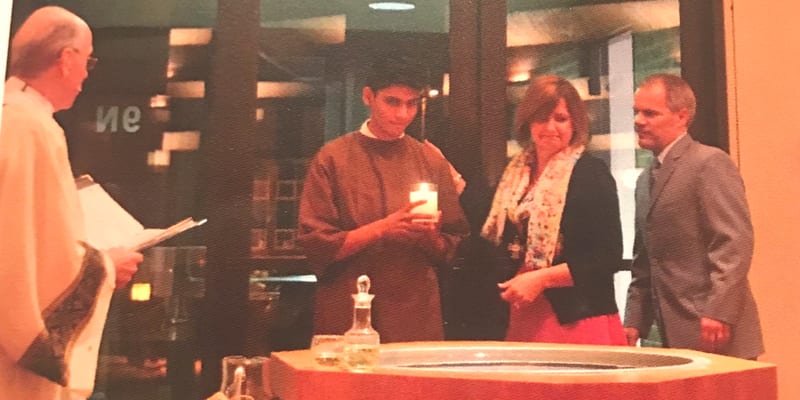 Jhony and the author’s parents (his Godparents) at the Easter Vigil Mass celebrating Jhony’s initiation into the Catholic Church.

Since the day I met his family, I knew the lives of Jhony, his mom, his dad, and his younger brother were inherently different from my own, even if I wanted to convince myself that we were the same. Back then, in 2007, I didn’t know what it meant to celebrate what made humans different from one another. I thought it was better to pretend everyone was a fake kind of equal, that it was better to assimilate. For fear of appearing offensive or ignorant, I felt embarrassed and refused when my mom asked me to speak Spanish with Jhony’s mom in the bleachers at the soccer games. The first couple of times Jhony and his brother, who was the same age as my youngest brother, came to my house, I avoided asking about their cultural identities because I thought it was rude. But in this manner, I never knew anything.

Fortunately, as I grew older, I became privy to the beauty in cultural awareness and understanding. And gradually, the family I had known for nearly half of my life became even more familiar to me, as if a flower I did not properly water finally began to bloom. They never closed themselves off from me—I secluded myself from them. This is why I never knew the details of their residence in the United States, the details of how and why they moved from a country stricken by war, poverty, violence, and natural disaster. The reasons they left El Salvador. 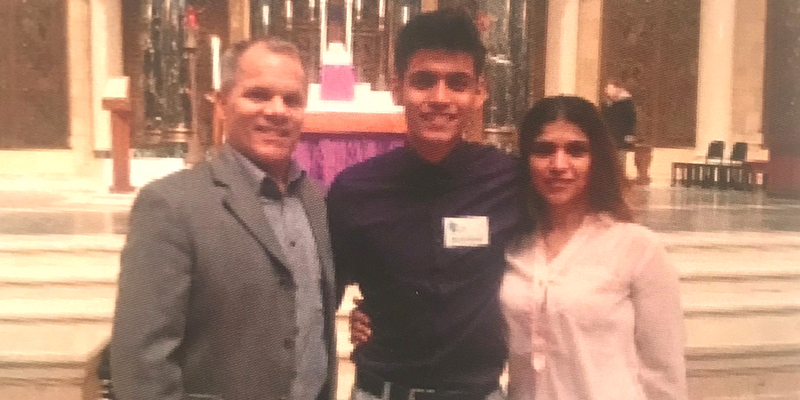 The author’s father with Jhony and his mom, Juana, at his confirmation.

Jhony and his parents are recipients of Temporary Protected Status, or TPS—a form of relief provided to residents of certain countries designated by the United States. Typically, these are countries that have faced significant natural disasters, have ongoing armed conflicts, or meet other extraordinary circumstances. When Jhony was a young boy, his parents left a damaged and ransacked El Salvador in search of safety and security. Under TPS, they were able to enter and live legally in the United States. They have resided in Minnesota for nearly twenty years. Jhony has never known a home outside of the United States. He has never traveled to El Salvador since fleeing in his early childhood. Essentially, he is an American. He is just as American as me, my brothers, or any person I know. And now, he must leave. Not because he wants to but because he has to.

On Monday, January 8, 2018, President Donald J. Trump and his administration announced the decision to rescind TPS for the people of El Salvador. Jhony, his parents, and over 200,000 people receiving TPS from El Salvador will be forced to leave the United States by September 9, 2019. There are no direct pathways to citizenship or permanent residency for TPS recipients, regardless of their legal entry and residence. There are no options.

Jhony, his family, and over 200,000 other Salvadorans present in the United States under TPS will face deportation away from a place where they were once welcomed, from a place they were given relief, from a place that has become their home. And they will be deported to El Salvador, a nation very much unprepared for the influx of people, and a country where young men like Jhony could, quite likely, die. I don’t wish to enforce the commentary of our president that El Salvador and other countries designated for TPS are “sh*thole countries.” Clearly, El Salvador has and continues to offer enormous amounts of beauty; in its people, its culture, its landscapes. But the poverty, oppression, and violence remain, and must not be overlooked. The injustices are rampant.

[tweet_box design=”box_07″ float=”none”]We’re returning the tired, poor, and weary. They are no longer welcome. There’s no longer room at the inn. #JVReflects[/tweet_box]

Temporary Protected Status for people of El Salvador only guaranteed what the very title intended: temporary protected status. Since 2001, Salvadorans have lived in the country under the guise that they would be safe. For 17 years, Salvadorans learned, worked, raised children, laid roots, and, eventually, fell in love with the people, culture, and landscapes of a new place: the United States of America. The U.S. took in the migrants and gave them not only a shelter, but a home. But now, we’re returning the tired, poor, and weary. They are no longer welcome. There’s no longer room at the inn. 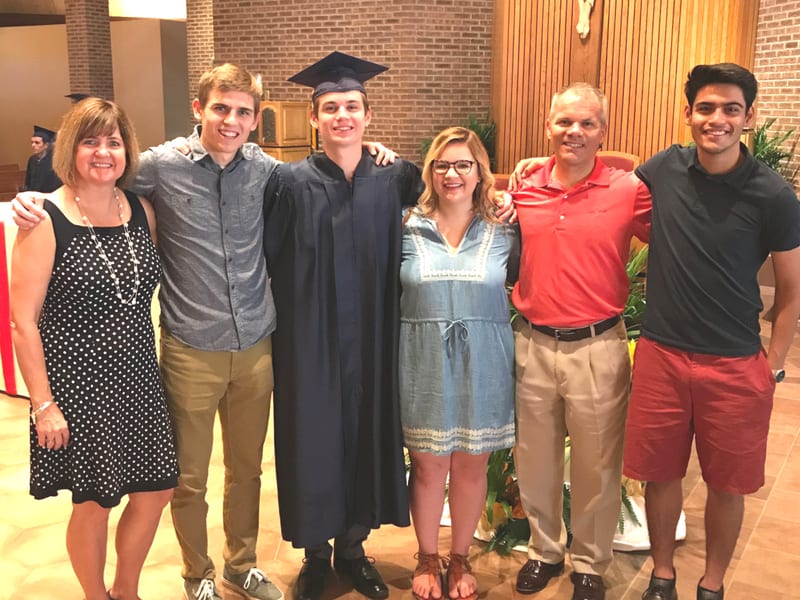 The author’s family and Jhony.

My family and I have always been people who feel we can find a solution to any problem. We can come up with an answer, we can work something out. I especially feel a responsibility now, as a Jesuit Volunteer, because I work in migration legal services. I have the knowledge, I have the resources. But this…I can do nothing but shrug my shoulders and shake my head. “I’m sorry, Mom and Dad. I’m sorry, Zach. I’m sorry, Jhony. I’m not sure there’s anything we can do.” I’ve never felt this sort of helplessness. I can only imagine how migrants must feel.

These are the moments in which it is imperative to be men and women for and with others. Otherwise, we will never escape the feeling of helplessness. When there is no room at the inn, we have the capacity to provide the manger. The hearts of people like my parents, people like the attorneys I work with every day, people I see advocating in front of City Hall: you will find them on the way to the manger. When I meet with my clients, they say, “thank you, baby,” and squeeze my hand, because even though the system tries to beat them down, they continue to seek and extend compassion. They are searching for the manger. We must continue to pave the way there, to serve as the guiding star, particularly in times we feel helpless. Our efforts are not simply for them but beside them, with them. Until there is no longer a “them.” Until there is only an “us.”

This story was originally published as part of the Ignatian Solidarity Network’s #JVReflects series, which explores the intersection of faith and justice from the perspective of JESUIT VOLUNTEERS serving as long-term volunteers both domestically and internationally with Jesuit Volunteer Corps and Jesuit Volunteer Corps Northwest.  Reflections specifically focus on the cornerstone values of the Jesuit volunteer experience: spirituality, simple living, community, and social justice.

Caitlin Wright is a 2017-2018 volunteer with Jesuit Volunteer Corps. She hails from Prior Lake, MN and graduated from Creighton University with a degree in English and Spanish. Caitlin loves going on road trips with friends, writing on her blog, and watching movies and musicals (when she’s not performing in them!). As a Jesuit Volunteer, Caitlin serves as a legal counselor with Catholic Migration Services in Brooklyn, NY. 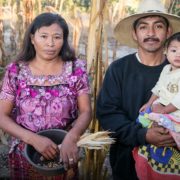 Trump Administration Seeks to Strip the Legal Status of More Than 430,000 Immigrants 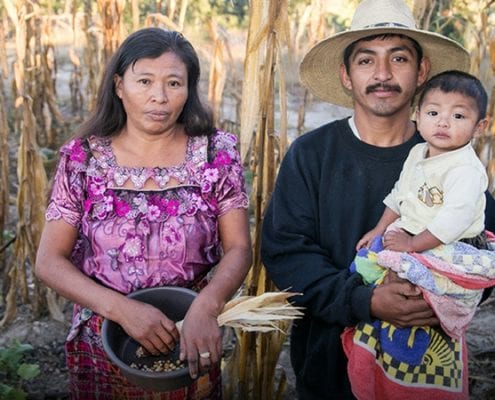 The Catholic Legal Immigration Network, Inc. and Church World Service delivered a letter to the Acting Secretary of the Department of Homeland Security Elaine Duke on Monday, September 18, urging her to extend Temporary Protected Status, or TPS, for more than 430,000 people. The letter was signed by nearly 700 faith leaders and faith-based organizations from across the country, including the Ignatian Solidarity Network.

Temporary Protected Status (TPS) provides protection from deportation and work authorization to people from countries that have been deemed too dangerous to return home. Similar to the Deferred Action Childhood Arrivals (DACA), which was recently terminated, the Trump Administration seeks to strip the legal status of immigrants who have lived and worked in the country for years. TPS holders are parents to nearly 275,000 U.S. citizen children. The vast majority of TPS holders are essential immigrant workers who have long contributed to the United States, filling crucial industries. They are childcare workers, small business owners, gardeners, cooks, builders, store clerks, and janitors.

“Our nation has a moral responsibility to provide continued temporary protection for people who have sought safety from violence and catastrophe,” said Christopher Kerr, executive director of the Ignatian Solidarity Network. “We stand with leaders of many faiths in calling on the White House to exhibit patience and compassion.”

Recent decisions to terminate DACA and TPS for Sudan as well as the looming threat to terminate TPS for Haiti mark a sharp turn away from core American values. With deadlines looming for TPS decisions that would affect more than 430,000 people, faith leaders and faith-based organizations are urging the White House to keep these essential workers protected under TPS until Congress can pass a lasting legislative solution. If the president and Acting Secretary Elaine Duke were to terminate their legal status, these immigrants would be forced to leave the country regardless of their family situations and long-standing ties to the United States. TPS holders would be forced to return to countries that are recovering from catastrophic natural disasters, disease, and rampant violence.